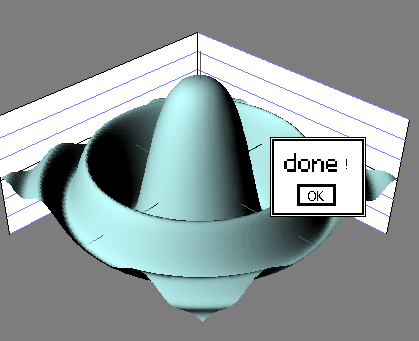 X11-Basic is a dialect of the BASIC programming language with graphics, sound and more.

The syntax is most similar to GFA-Basic on the ATARI-ST. It is a structured dialect with no line numbers. X11-Basic supports complex numbers, big integers and big integer arithmetrics.

X11-Basic is available for UNIX workstations, Linux, Android, MAC-OSX, as well as for MS-WINDOWS. It is also available for the ATARI ST, TomTom car navigation systems and the Raspberry Pi.

A BASIC compiler is included so that you can make stand-alone binaries out of your programs (on all platforms except for Android). The X11-Basic interpreter is fast and small.

The interpreter (xbasic) can be used as a shell. It can run basic-scripts in all environments, p.ex. *.cgi-Scripts for handling web-input.

The compiler (xbc) makes stand alone binaries out of the BASIC programs, which run much faster than the interpreted code.

Where no C compiler is available, X11-Basic programs can be compiled into bytecode (see xbbc). This bytecode can be interpreted by a virtual machine (see xbvm).

Ancient ANSI-Basic programs (with line numbers) can be converted to X11-Basic with the bas2x11basic program (see below).

(Basically that means, free, open source, use and modify as you like, don't incorporate it into non-free software, no warranty of any sort, don't blame me if it doesn't work.)